Yesterday saw the club put on another beautiful Afternoon Tea, tables were laid with beautiful embroidered tablecloths and vintage china, members were served with a selection of sandwiches, scones & cakes and during the afternoon had a bit of fun with a quiz & a few table games. Toss the Teabag tested skill 😉 then everyone had to write the funniest telegram sentence using 8 letters taken randomly from the alphabet and using them in order so – F V A G I K M Y became Five Vicars Arresting Goats In Kinky Muddy Yfronts, hilarious. Well done to Chris and her team for a great time. 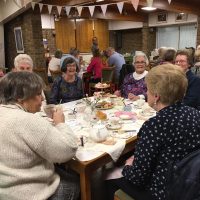 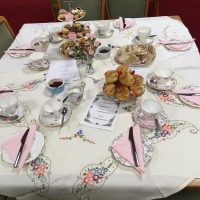 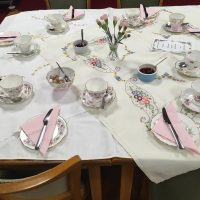 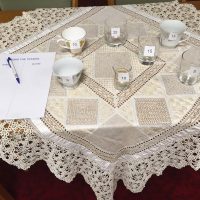 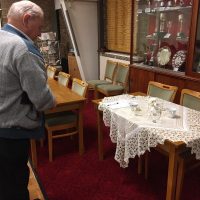 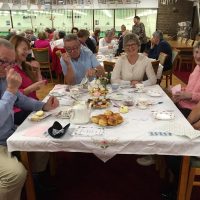