It was at the A.G.M. of the old Eastbourne and District Indoor Bowls Club in September 1976 that Peter Harffey, the Hon. Secretary of the Eastbourne Sports Advisory Council, presented his paper on ‘Indoor Bowls in Eastbourne’ and persuaded those present that if they really wanted to see an Indoor Bowls Hall in Eastbourne, they would have to provide it for themselves.

So a series of public meetings was arranged and after the first, memorable occasion at the Town Hall on 28th October 1976, there was no turning back. A limited company was formed and incorporated in June 1977, the E.I.B.C. Committee providing the ten subscribers to the Memorandum of Association.

The Borough Council, whilst unable to offer any financial assistance, agreed in February 1977 to the lease of a site at Princes Park and to provide the services of the Borough Architect’s Department free of charge. Visits were made to a number of indoor bowls clubs from Portsmouth to Newcastle to gain knowledge of design features and types of build that would reflect a limited budget.

However, the application for planning permission was met with highly organised protests from local residents and In October 1977 the Borough Council, after a public debate, decided to rescind their approval for the use of Princes Park and E.I.B.C were then faced with having to find an alternative site. Commencement of building operations by 31st March 1978 was required to secure a grant of £40,000 from the Sports Council. Decisions had to be made quickly, and to their credit, the Borough Council expedited approval of the application to switch to Hampden Park and they offered to finance the provision of a car park from Civic Lottery money. A deal was negotiated and by the end of December 1977 a contract had been agreed. The contractors moved on to the site in February and undertook to complete by the end of September 1978. 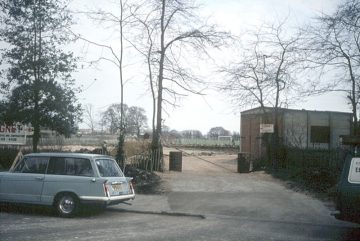 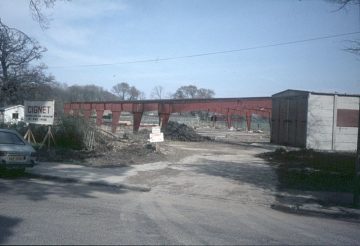 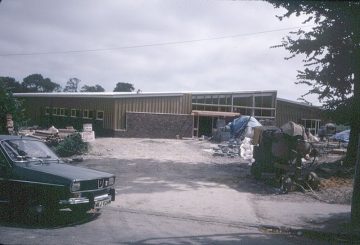 When the contract was signed on 10th February the cost had risen to £181,000 for the building and the overall budget was likely to exceed £190,000. Applications for membership poured in and even before the club opened for business, 700 bowling members and 70 social members had signed up. The members themselves raised over £55,000 in loans and donations. Fund-raising schemes realised another £3,000. Charringtons agreed to loan £10,000 and the Borough Council eventually loaned us £20,000. The National Playing Fields Association loaned £1,000 and with a promised £60,000 from Barclays and the £40,000 from the Sports Council the main fund-raising was completed. 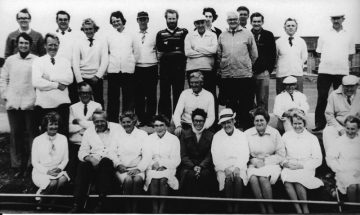 The Steering Committee was justifiably proud of their achievement after so many setbacks. Membership approached 1,400 and included over 600 social members, many were Hampden Park residents for whom the club provided the only community activity. 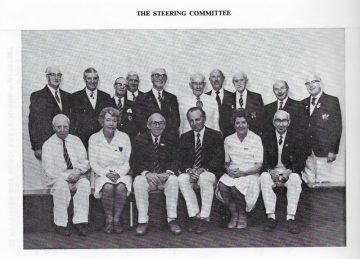 Extracted from the Souvenir Programme of the Grand Opening on 28th January 1979 of Eastbourne & District Bowls Club.

Ice-skating in the summer?

In 1980 there was a revolutionary move to replace the bowls rinks with an ice rink for the summer months! It was proposed that a new style of plastic ice skating surface could be laid on the playing mat during the five months in the summer when the bowlers take to the outdoor greens. This new style plastic surface had recently been laid in Plymouth, it would only cover half of the bowls playing surface but would still be much larger than the other nearest skating rink in the area of Brighton. However, nothing came of this idea . . . . . .

If any of our members have any photo’s or articles relating to the history of our club please contact  email hidden; JavaScript is required or use our contact form.